Most of it comes from within the UK itself. Nearly half the gas used within the United Kingdom originates in the North and East Irish seas. The rest of it is brought in by pipelines from Europe.

The origins of petrol in the UK are fascinating. You may be surprised to learn some of the things I did about how gasoline first made its appearance in the UK. After reading this, you will become just as enlightened as I have on this subject. You will understand where the UK has been getting all of its gas.

How Petrol Made Its Way into the UK

Petrol has a more extended history in the UK than you may think. The modern onshore petrol industry dates back to the mid 19th century. This was when new technology was invented, which allowed for the simple production and refining of gas for use in things such as cars.

Oil was initially uncovered in Scotland in 1851. It was in this year that the UK saw its first batch of onshore oil produced and refined. Thanks to this discovery, the UK would pave the way for its oil refining technology to become adopted by refineries around the world. Over the next 100 years, nearly 100 million barrels of oil were produced from the oil shale of Scotland.

With the war efforts in the early 20th century, the UK had pressure to produce more of its oil to fuel its war machine. Before World War I, it was getting most of its oil from other countries, usually from the United States and Iran.

As a result of the UK requiring more petrol for its WWI war efforts, significantly more oil had to be consumed. Even though the British Empire at the time had colonies all over the world, only a fraction of the total amount of oil it imported came from these colonies.

With a need to be more independently resilient and self-sufficient, the UK greatly expanded its oil production. Laws were passed, making it easier for companies to perform exploratory mining for oil. This allowed for a higher chance of obtaining more oil domestically.

During the post-war reconstruction era, there was an additional exploration for oil deposits. The UK saw the start of its oil boom during this time, out in the East Midlands of England. 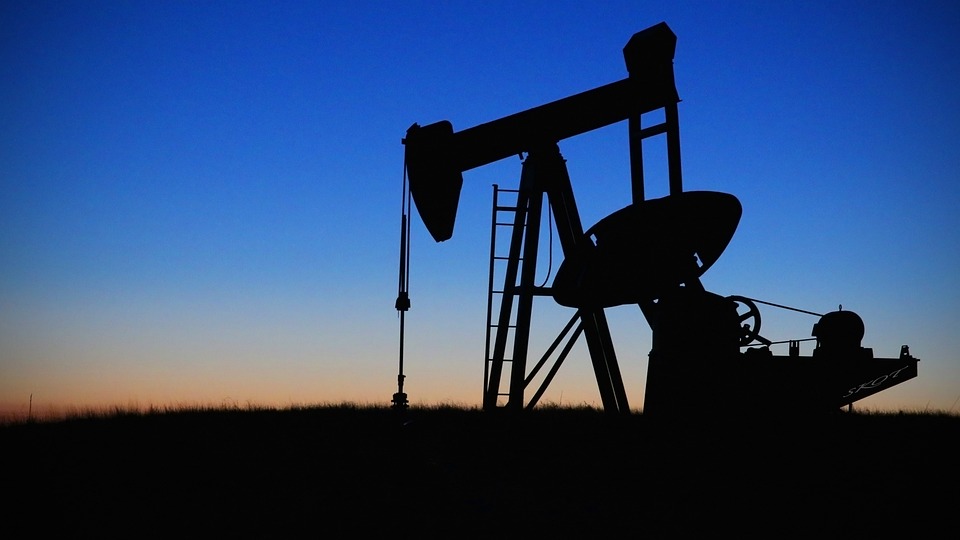 Besides significant off-shore oil deposits discovered, there were also onshore discoveries. Over two dozen such areas of significance were found and exploited. There were several oil deposits found in the East Midlands, which is where the oil fields were most productive on the UK mainland. These sources, along with the deposits in the North Sea, made the UK oil boom a reality.

Thanks to drilling technologies which came about during the oil boom, the UK was able to discover vast new areas of oil deposits in the North Sea during the 1960s and 1970s. This technological innovation was the real catalyst to putting the UK in a position of being nearly self-sufficient when it came to oil production. The North Sea boasted vast swathes of the area waiting to be tapped for oil.

With massive amounts of oil being discovered in the North Sea, interest in onshore oil production within the UK started to dwindle. Less onshore exploration meant that fewer mainland deposits were found and exploited. However, as a result of the worldwide 1973 oil crisis, prices for oil and petrol rose significantly. This event led to onshore exploration and development much more appealing.

Starting in 1973, the UK took petrol production to new heights with the discovery of the onshore Wytch Farm Oilfield. This was, and still is,the largest oil field in Western Europe. It began producing oil in 1979, which coincided with the 1979 oil crisis.

I found an interesting connection here. During the same year of the first global oil crisis, 1973, a vast oil field was discovered, followed up actual production during the second worldwide crisis. With any crisis, there is always an opportunity. The UK stepped up when the 11th hour approached, benefiting anyone reliant on petrol by fueling their needs. 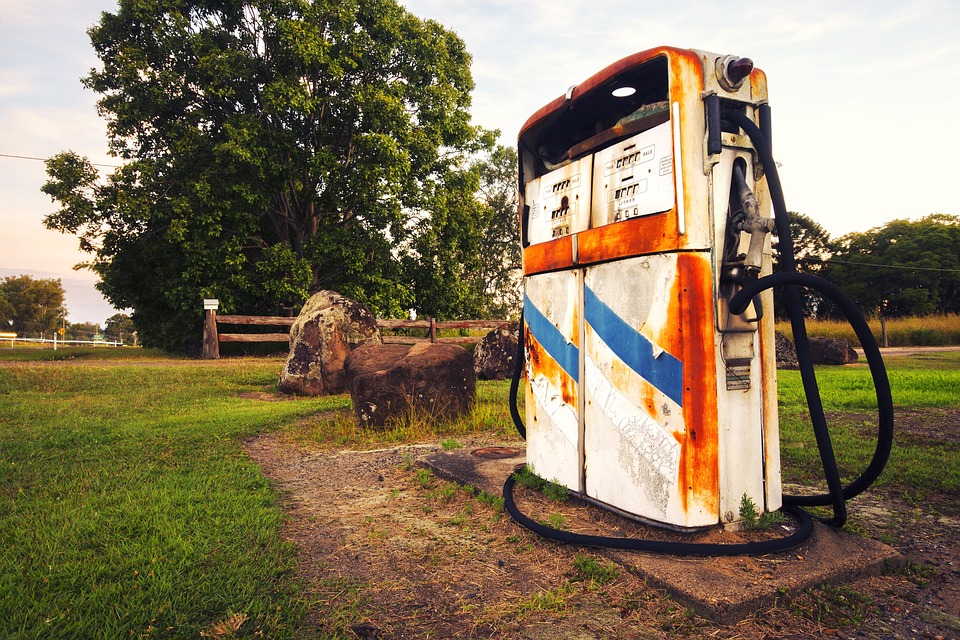 During the global 1979 oil crisis, there was an oil crunch that affected large swathes of industry and society. People had to wait in line, sometimes for hours, to fill up their cars with petrol. Although the actual production of oil globally fell less than 5%, there was widespread panic given the recent shocks brought on by the 1973 oil crisis.

The UK wasted no time facing this problematic situation. 1979 was the same year that the Wytch Farm Oilfield started producing large quantities of oil for the UK economy. Thanks for that massive oil field, the UK did not feel the crisis as profoundly as some other nations. This oil field became a long-term producer of oil for the UK. This was a blessing for anyone needing to put petrol in their tank.

The UK found its second-largest oil field inland during the early 1980s. This oil field, located in Welton, was one of several other sources of oil for the UK throughout the 1980s. The Midland Valley in Scotland also became an abundant source of oil. The Midlands was a continuous wealth of new oil deposit discoveries, meaning the UK had little to worry about if there was ever another oil crisis.

Petrol prices rose dramatically in some places during the 1979 oil crisis, which made it all the more reason for the UK to become self-sufficient by producing its oil. Once domestic oil production occurred on a massive scale, prices were able to retract to reasonable levels. Thanks to this, the UK made it out of the oil crises. There was less of a devastating impact than there would have been otherwise. 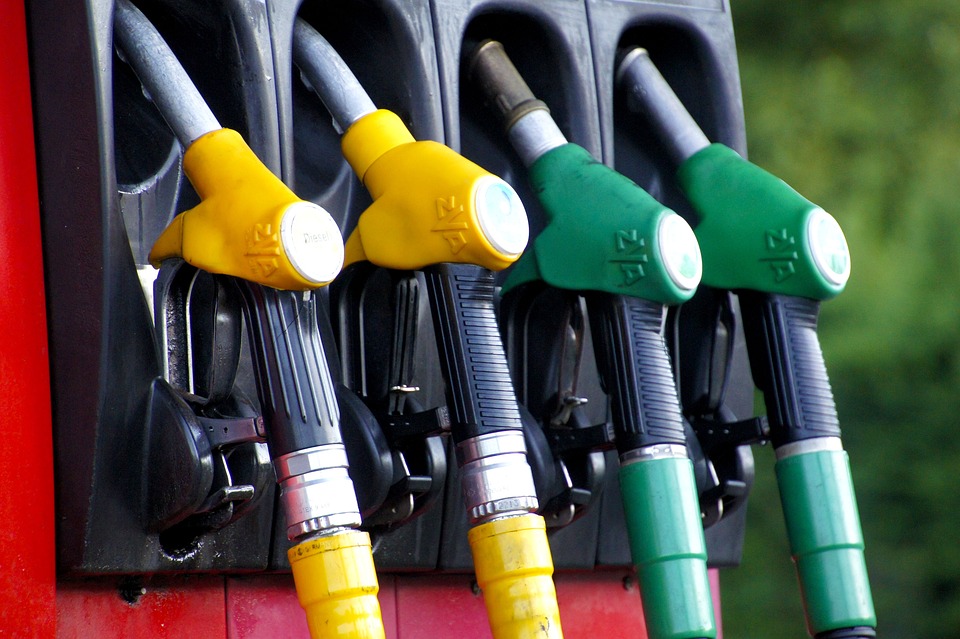 The UK has started seeing declines in its production of petrol, beginning around the turn of the 21st century. The year that domestic oil production peaked was 1999. The drop that started afterward was mainly due to declining production of the North Sea deposits.

The situation has reversed to such an extent that the UK had become a net importer of oil in 2004. Before that year, it was a net exporter since 1981.

While there has been a small uptick in oil production within the past few years, this is nowhere near where production levels were during the 1980s and 1990s. Even with this slight upward movement in oil production, the retail petrol situation looks different.

Consumption of petrol reached its peak in 2007 and has been declining ever since. You could reasonably assume that petrol consumption will continue dropping in demand.

As cars become more fuel-efficient, as well as more people looking for vehicles using alternative fuel sources, this trend looks like it will continue. With the introduction of gas-electric hybrids, hydrogen fuel cells, and ethanol, there is less demand for traditional petrol for both consumer and commercial needs.

Although overall production has fallen, there are still significant amounts of oil being produced, meaning there should not be any crisis coming anytime soon. The technology in the infrastructure that depends on petrol has become more efficient. With greater efficiency, less gasoline has to be consumed, meaning less oil production will not be a big issue yet. However, one day, this will need to be addressed.

Besides greater efficiency and personal preferences changing being two reasons oil production has declined, there is also a third reason. People are becoming increasingly alarmed at the environmental impacts of oil and other fossil fuels. Increased public opposition to environmental effects the industry has is making it unappealing for major investors to place money into commercial mining operations. 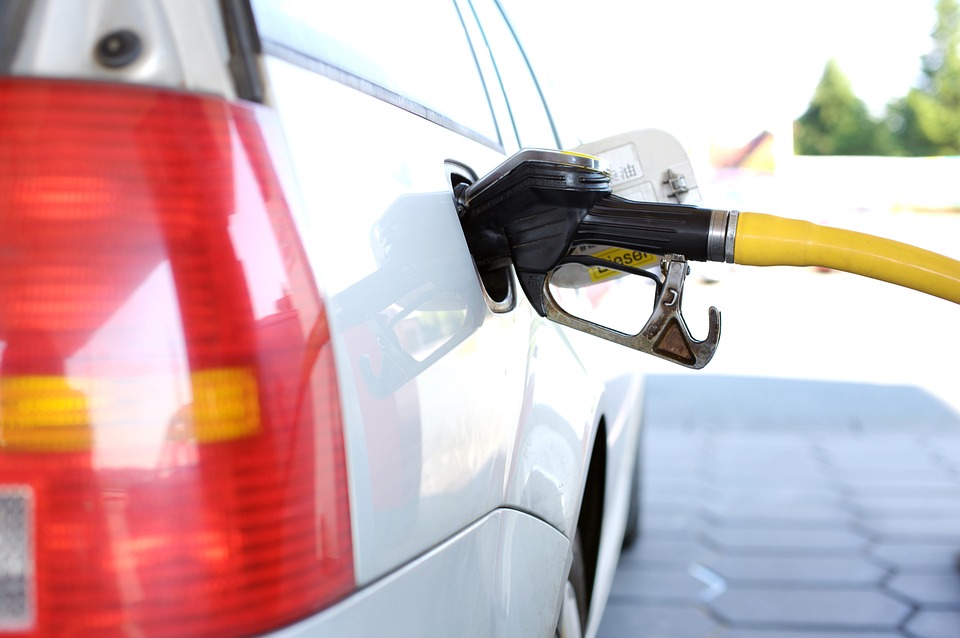 That was the interesting path that petrol production has taken in the UK this far. If you ever wondered where does UK gas come from as I did, now you know. It probably surprised you that the majority of petrol was coming from within the UK's vast oil deposits. The next time you put petrol in your car, you can remember the long and winding legacy this driving fuel of modern society still has.

Photo by Caryle Barton on Unsplash

How to Avoid Customs Charges from US to UK

Send Snail Mail: How To Address An Envelope UK